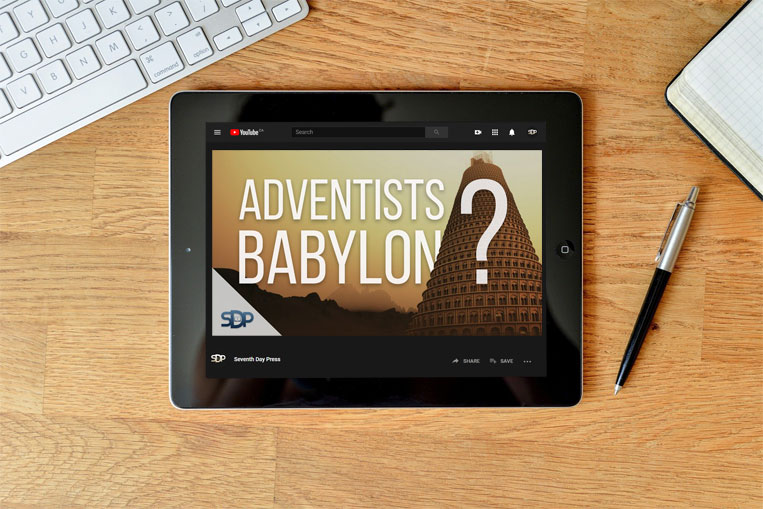 For there shall arise false Christs, and false prophets, and shall shew great signs and wonders; insomuch that, if it were possible, they shall deceive the very elect.

In describing to His disciples the office work of the Holy Spirit, . . . Sin could be resisted and overcome only through the mighty agency of the Third Person of the Godhead.

The Lord has not given you a message to call the Seventh-day Adventists Babylon, and to call the people of God to come out of her.

During the life of Ellen White, the church was not Babylon fallen.

Regarding the testimonies, nothing is ignored; nothing is cast aside; but time and place must be considered.

I tell you now, that when I am laid to rest, great changes will take place.

The enemy of souls has sought to bring in the supposition that a great reformation was to take place among Seventh-day Adventists, and that this reformation would consist in giving up the doctrines which stand as the pillars of our faith, and engaging in a process of reorganization. Were this reformation to take place, what would result? The principles of truth that God in His wisdom has given to the remnant church, would be discarded. Our religion would be changed. The fundamental principles that have sustained the work for the last fifty years would be accounted as error. A new organization would be established.

And when Aaron saw it, he built an altar before it; and Aaron made proclamation, and said, To morrow is a feast to the Lord (Greek – Jehovah).

Again I say, The Lord hath not spoken by any messenger who calls the church that keeps the commandments of God, Babylon.

He will use all—men, women, and children—in making the light shine forth to the world and calling out a people that will be true to His commandments. Through the faith that His people exercise in Him, God will make known to the world that He is the true God, the God of Israel.

The whole chapter [Rev 18] shows that Babylon that has fallen is the churches who will not receive the messages of warning the Lord has given in the first, second, and third angels’ messages. They refused the truth and accepted a lie. They refused the messages of truth. See 2 Thessalonians 2:1-12. The message in the eighteenth chapter of Revelation is plain and clearly defined.

Babylon is said to be ‘the mother of harlots.’ By her daughters must be symbolized churches that cling to her doctrines and traditions, and follow her example of sacrificing the truth and the approval of God, in order to form an unlawful alliance with the world. The message of Revelation 14, announcing the fall of Babylon must apply to religious bodies that were once pure and have become corrupt. Since this message follows the warning of the judgment, it must be given in the last days; therefore it cannot refer to the Roman Church alone, for that church has been in a fallen condition for many centuries. Furthermore, in the eighteenth chapter of the Revelation the people of God are called upon to come out of Babylon.

God’s Spirit has illuminated every page of Holy Writ, but there are those upon whom it makes little impression, because it is imperfectly understood. When the shaking comes, by the introduction of false theories, these surface readers, anchored nowhere, are like shifting sand.

The shaking of God blows away multitudes like dry leaves. Prosperity multiplies a mass of professors. Adversity purges them out of the church. As a class, their spirits are not steadfast with God. They go out from us because they are not of us; for when tribulation or persecution arises because of the word, many are offended.

The shaking must soon take place to purify the church.

The mighty shaking has commenced and will go on, and all will be shaken out who are not willing to take a bold and unyielding stand for the truth and to sacrifice for God and His cause.

Thou wilt say then, The branches [Hebrews] were broken off, that I [Gentiles] might be grafted in. Well; because of unbelief they were broken off, and thou standest by faith. Be not highminded, but fear: For if God spared not the natural branches, take heed lest he also spare not thee. Behold therefore the goodness and severity of God:on them which fell, severity; but toward thee, goodness, IF thou continue in his goodness:  OTHERWISE thou also shalt be cut off.

When the pure truth is mingled with the slime of satanic deceptions, how can God work for the advancement of His cause?

As the churches refused to receive the first angel’s message, they rejected the light from heaven and fell from the favor of God.  They trusted to their own strength, and by opposing the first message placed themselves where they could not see the light of the second angel’s message. But the beloved of God, who were oppressed, accepted the message, ‘Babylon is fallen,’ and left the churches.