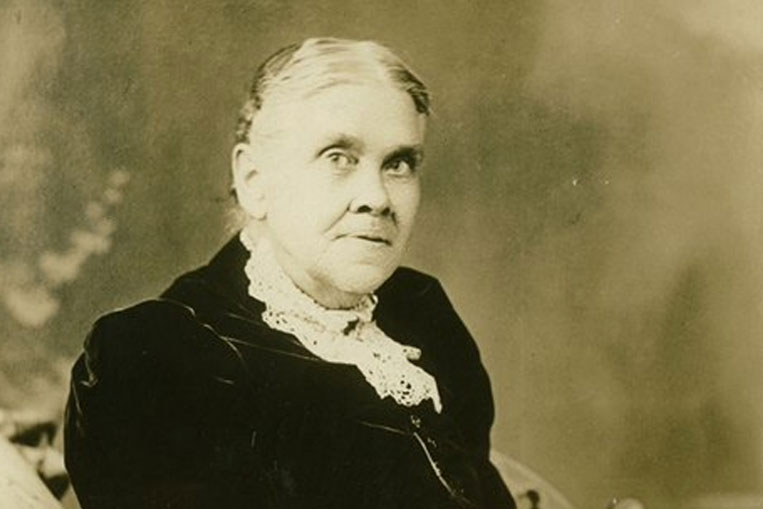 Ellen White, and her twin sister Elizabeth, were born November 26, 1827, to Robert and Eunice Harmon in Maine, USA. She was the seventh of eight children. At the age of nine, Ellen White was hit in the face with a stone:

This misfortune, which for a time seemed so bitter and was so hard to bear, has proved to be a blessing in disguise. The cruel blow which blighted the joys of earth, was the means of turning my eyes to heaven. I might never had known Jesus Christ, had not the sorrow that clouded my early years led me to seek comfort in him.

A few years after her injury, Ellen, with her parents, attended a Methodist camp meeting, and there, at the age of 12, she was converted and felt at peace.

In 1840, at age 12, her family became involved with the Millerite movement. As she attended William Miller’s lectures, she felt guilty for her sins and was filled with terror about being eternally lost. She describes herself as spending nights in tears and prayer, and being in this condition for several months. On June 26, 1842, she was baptized and eagerly awaited Jesus to come again. In her later years, she referred to this as the happiest time of her life. Her family’s involvement with Millerism caused them to be disfellowshipped by the local Methodist church.

In1845, she came in contact with her future husband, James Springer White, a Millerite who became convinced that her visions were genuine. A year later James proposed, and they were married in Portland, Maine, on August 30, 1846. James later wrote:

“We were married August 30, 1846, and from that hour to the present she has been my crown of rejoicing … It has been in the good providence of God that both of us had enjoyed a deep experience in the Advent movement … This experience was now needed as we should join our forces and, united, labor extensively from the Atlantic Ocean to the Pacific …”

The Whites had four sons: Henry Nichols, James Edson (known as Edson), William Clarence (known as Willie, or W. C.), and John Herbert. Only Edson and William lived to adulthood. John Herbert died of erysipelas at the age of two months, and Henry died of pneumonia at the age of 16 in 1863.

In 1860 death stepped over our threshold, and broke the youngest branch of our family tree. Little Herbert, born September 20, 1860, died December 14 of the same year. When that tender branch was broken, how our hearts did bleed none may know but those who have followed their little ones of promise to the grave.
But oh, when our noble Henry died, at the age of sixteen; when our sweet singer was borne to the grave, and we no more heard his early song, ours was a lonely home. Both parents and the two remaining sons felt the blow most keenly. But God comforted us in our bereavements, and with faith and courage we pressed forward in the work He had given us, in bright hope of meeting our children who had been torn from us by death, in that world where sickness and death will never come.

Ellen White often left her children behind while she travelled to speak and build up the movement:

Many nights, while others were sleeping, have been spent by me in bitter weeping.”

Testimonies to the Church Volume 1, p.101

From 1844 to 1863 Ellen White experienced between 100 and 200 visions, typically in public places and meeting halls. Her first vision was given to her at age 17.

J. N. Loughborough, who had seen Mrs. White in vision 50 times since 1852, and her husband, James White, listed several physical characteristics that marked the visions:

Fearing people would not accept her testimony, Mrs. White did not initially share her visions with the wider Millerite community. In a meeting at her parents’ home, she received what she regarded as confirmation of her ministry, and her need to share the visions:

“While praying, the thick darkness that had enveloped me was scattered, a bright light, like a ball of fire, came towards me, and as it fell upon me, my strength was taken away. I seemed to be in the presence of Jesus and the angels. Again it was repeated, ‘Make known to others what I have revealed to you.’”

Mrs. White spent the final years of her life in Elmshaven, her home in Saint Helena, California after the death of her husband, James White, in 1881. During her final years she traveled less frequently as she concentrated upon writing her last works for the church. She died on July 16, 1915, at her home in Elmshaven, which is now an Adventist Historical Site. After three funerals, she was buried with her husband, James White, in Oak Hill Cemetery, Battle Creek, Michigan.

A snapshot of Ellen White’s life and work: