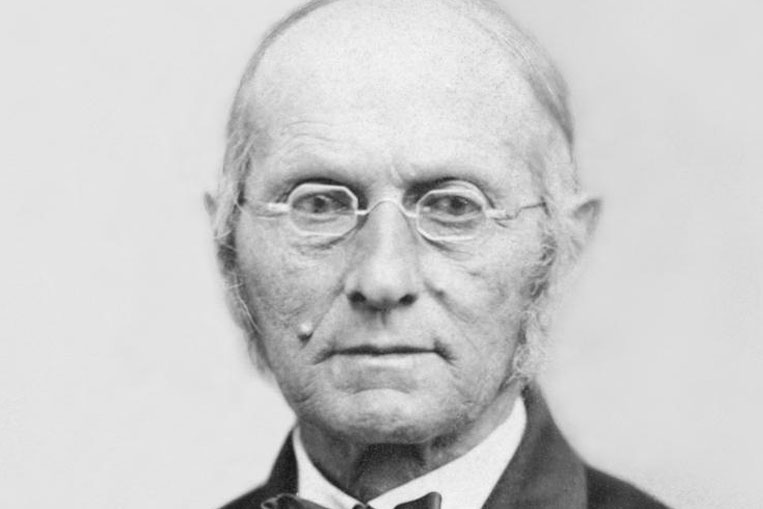 Joseph Bates was an American seaman and revivalist minister. He was a co-founder and developer of Sabbatarian Adventism, whose followers would later establish the Seventh-day Adventist Church. Bates is also credited with convincing James White and Ellen G. White of the validity of the seventh-day Sabbath.

During one of his sea voyages, he read a copy of the Bible that his wife packed for him. He experienced conversion and became involved in a variety of reforms, including helping to found an early temperance society. Later in life, he became adamant that the separation of church and state should be upheld. He also was a strong supporter of abolition. In his everyday life as a sailor, he noticed the intemperance of the sailors and the resulting side effects. Many of these problems came from poor rations, but many more were the result of overindulgence by the men. He became one of the champions of health reform; abstaining from all alcohol, tobacco, and caffeine, even becoming a vegetarian.

In 1839, he accepted the teachings of William Miller that Jesus was coming soon. After October 22, 1844, like many other Millerites, Bates sought meaning out of the Great Disappointment. During the spring of 1845, Bates accepted the seventh-day Sabbath. Bates soon became known as the “apostle of the Sabbath” and wrote several booklets on the topic. One of the first, published in 1846, was entitled, “The Seventh Day Sabbath, a Perpetual Sign.” One of Bates’ most significant contributions was his ability to connect theologically the Sabbath with a unique understanding of the heavenly sanctuary. This apocalyptic understanding of theology would become known as the Great Controversy theme.

Bates initially was skeptical of the young Ellen G. White and her prophetic gift, but became convinced of its truthfulness when in the presence of Ellen White, when she had a vision of several planets. Being an amateur astronomer, he knew that not only was her vision correct, but that being somebody with no background in astronomy, the Lord must have revealed it to her.

Some of Bates’ publications include:

• The Opening Heavens (Or A Connected View of the Testimony of the Prophets and Apostles)
• The Seventh Day Sabbath: A Perpetual Sign from the Beginning to the Entering Into the Gates
• Second Advent Way Marks and High Heaps
• A Word to the “Little Flock”
• A Vindication of the Seventh-Day Sabbath and the Commandments of God
• A Seal of the Living God
• An Explanation of the Typical and Anti-Typical Sanctuary
• The Autobiography of Elder Joseph Bates