Living in the Appointed Time – The Feasts and Their Importance 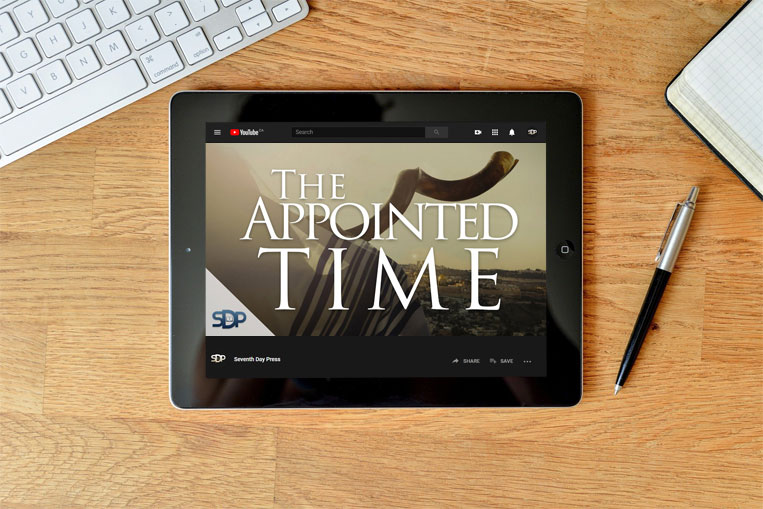 Daniel 8:14  And he said unto me, Unto two thousand and three hundred days; then shall the sanctuary be cleansed.

The correct understanding of the ministration in the heavenly sanctuary is the foundation of our faith.—Ellen White, Letter 208, 1906

Exodus 12:1-5  And the LORD spake unto Moses and Aaron in the land of Egypt, saying,  (2)  This month shall be unto you the beginning of months: it shall be the first month of the year to you.  (3)  Speak ye unto all the congregation of Israel, saying, In the tenth day of this month they shall take to them every man a lamb, according to the house of their fathers, a lamb for an house:  (4)  And if the household be too little for the lamb, let him and his neighbour next unto his house take it according to the number of the souls; every man according to his eating shall make your count for the lamb.  (5)  Your lamb shall be without blemish, a male of the first year: ye shall take it out from the sheep, or from the goats:

Exodus 12:6-7  And ye shall keep it up until the fourteenth day of the same month: and the whole assembly of the congregation of Israel shall kill it in the evening.  (7)  And they shall take of the blood, and strike it on the two side posts and on the upper door post of the houses, wherein they shall eat it.

Daniel 9:27  And he shall confirm the covenant with many for one week: and in the midst of the week he shall cause the sacrifice and the oblation to cease…

Hebrews 10:1-4  For the law having a shadow of good things to come, and not the very image of the things, can never with those sacrifices which they offered year by year continually make the comers thereunto perfect.  (2)  For then would they not have ceased to be offered? because that the worshippers once purged should have had no more conscience of sins.  (3)  But in those sacrifices there is a remembrance again made of sins every year.  (4)  For it is not possible that the blood of bulls and of goats should take away sins.

Have the Appointed Times Changed?

Daniel 8:14  And he said unto me, Unto two thousand and three hundred days; then shall the sanctuary be cleansed.

Do We Have a High Priest?

Hebrews 7:11-12  If therefore perfection were by the Levitical priesthood, (for under it the people received the law,) what further need was there that another priest should rise after the order of Melchisedec, and not be called after the order of Aaron?  (12)  For the priesthood being changed, there is made of necessity a change also of the law.’

Hebrews 7:16-17  Who is made, not after the law of a carnal commandment, but after the power of an endless life.  (17)  For he testifieth, Thou art a priest for ever after the order of Melchisedec.

1 Corinthians 11:23-25  For I have received of the Lord that which also I delivered unto you, That the Lord Jesus the same night in which he was betrayed took bread:  (24)  And when he had given thanks, he brake it, and said, Take, eat: this is my body, which is broken for you: this do in remembrance of me.  (25)  After the same manner also he took the cup, when he had supped, saying, This cup is the new testament in my blood: this do ye, as oft as ye drink it, in remembrance of me.

The symbols of the Lord’s house are simple and plainly understood, and the truths represented by them are of the deepest significance to us. In instituting the sacramental service to take the place of the Passover, Christ left for His church a memorial of His great sacrifice for man. “This do,” He said, “in remembrance of Me.” This was the point of transition between two economies and their two great festivals. The one was to close forever; the other, which He had just established, was to take its place, and to continue through all time as the memorial of His death.—The Review and Herald, May 31, 1898 par.2

Our first conference was at Volney in Bro. Arnold’s barn. There were about thirty-five present, all that could be collected in that part of the State. There were hardly two agreed. Each was strenuous for his views, declaring that they were according to the Bible. All were anxious for an opportunity to advance their sentiments, or to preach to us. They were told that we had not come so great a distance to hear them, but had come to teach them the truth. Bro. Arnold held that the 1000 years of Revelation 20 were in the past; and that the 144,000 were those raised at Christ’s resurrection. And as we had the emblem of our dying Lord before us, and was about to commemorate his sufferings, Bro. A. arose and said he had no faith in what we were about to do; that the Sacrament was a continuation of the Passover, to be observed but once a year. { 2SG 97.2 }

These strange differences of opinion rolled a heavy weight upon me, especially as Bro. A. spoke of the 1000 years being in the past. I knew that he was in error, and great grief pressed my spirits; for it seemed to me that God was dishonored. I fainted under the burden. Brethren Bates, Chamberlain, Gurney, Edson, and my husband, prayed for me. Some feared I was dying. But the Lord heard the prayers of his servants, and I revived. The light of Heaven rested upon me. I was soon lost to earthly things. { 2SG 98.1 }

We are now living in the antitypical day of atonement. The great and solemn closing work is going forward in the sanctuary above. Every man is required to afflict his soul before God; every heart is required to be in harmony with the divine will. In this important time the great enemy intercepts himself between man and his Creator. He is continually seeking to separate the people of God from the love of Jesus, to draw them away from his protecting care. { RH August 12, 1884, par. 5 }

In the typical service, when the work of atonement was performed by the high priest in the most holy place of the earthly sanctuary, the people were required to afflict their souls before God, and confess their sins, that they might be atoned for and blotted out. Will any less be required of us in this antitypical day of atonement, when Christ in the sanctuary above is pleading in behalf of his people, and the final, irrevocable decision is to be pronounced upon every case? (Signs of the Times, May 17, 1883, par.9)

Leviticus 23:26-30  And the LORD spake unto Moses, saying,  (27)  Also on the tenth day of this seventh month there shall be a day of atonement: it shall be an holy convocation unto you; and ye shall afflict your souls, and offer an offering made by fire unto the LORD.  (28)  And ye shall do no work in that same day: for it is a day of atonement, to make an atonement for you before the LORD your God.  (29)  For whatsoever soul it be that shall not be afflicted in that same day, he shall be cut off from among his people.  (30)  And whatsoever soul it be that doeth any work in that same day, the same soul will I destroy from among his people.

Not one Christian perished in the destruction of Jerusalem… At the time of the siege, the Jews were assembled at Jerusalem to keep the Feast of Tabernacles, and thus the Christians throughout the land were able to make their escape unmolested. { Great Controversy, p.30.2}