Matthew 28:19 The Call to Discipleship 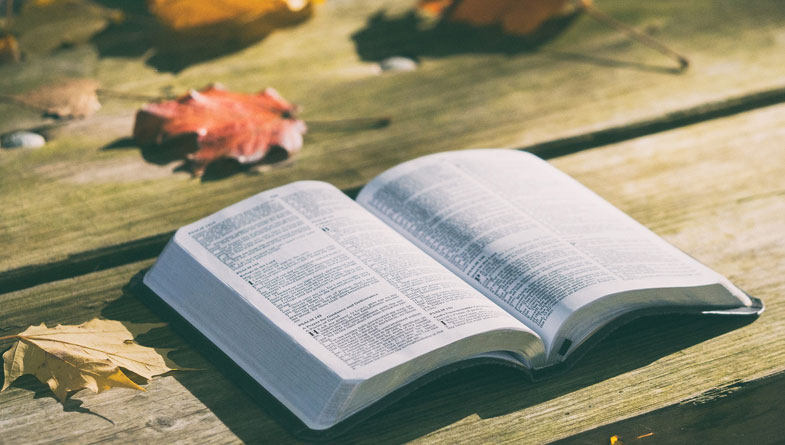 We are going to examine history and what we find in reference to Matthew 28:19 and look into the Bible and the Spirit of Prophecy (SOP) in order to reconcile some supposed differences that there might be.

“Repent, and let every one of you be baptized in the name of Jesus Christ for the remission of sins; and you shall receive the gift of the Holy Spirit.” Acts 2:38

Christ has made baptism the sign of entrance to His spiritual kingdom… Before man can find a home in the church, before passing the threshold of God’s spiritual kingdom, he is to receive the impress of the divine name, “The Lord our Righteousness.” Jeremiah 23:6. {6T 91.2}

The ordinances of baptism and the Lord’s Supper are two monumental pillars, one without and one within the church. Upon these ordinances Christ has inscribed the name of the true God. {6T 91.1}

Sometime between AD 147 and 161, Justin Martyr wrote his First Apology, and in it we have an early clear expression of the baptismal formula being used. He writes:

“For, in the name of God, the Father and Lord of the universe, and of our Saviour Jesus Christ, and of the Holy Spirit, they then receive the washing with water.” {Justin Martyr, The First Apology, Chapter 61}

Early evidence for a Matthew 28:19 can be found in the Didache (is a brief anonymous early Christian treatise (tritus) written in Koine Greek (Alexandrian dialect)), which is commonly dated to the late first century around 65-80 A.D.

“But concerning baptism, thus baptize ye: having first recited all these precepts, baptize in the name of the Father, and of the Son, and of the Holy Spirit, in running water,” {Didache 7:1}

“All power is given unto Me in heaven and in earth. Go ye therefore, and teach all nations, baptizing them in the name of the Father, and of the Son, and of the Holy Ghost; teaching them to observe all things whatsoever I have commanded you; and, lo, I am with you alway, even unto the end of the world.” Just before He left them, Christ gave His disciples this promise of the Holy Spirit, and while the words were upon His lips, He ascended. {ST September 20, 1899, par. 1}

We found references to Matthew 28:19 in Acts of the Apostles (AA), Desire of Ages (DA), Early Writings (EW), numerous articles in the Review and the Signs and multiple letters.

4 There is one body, and one Spirit, even as ye are called in one hope of your calling; 5 One Lord, one faith, one baptism, 6 One God and Father of all, who is above all, and through all, and in you all. Ephesians 4:4-6

Before he left them, Christ gave his followers a positive promise that after his ascension he would send them the Holy Spirit. “Go ye therefore,” he said, “and teach all nations, baptizing them in the name of the Father [a personal God,] and of the Son [a personal Prince and Saviour], and of the Holy Ghost [sent from heaven to represent Christ]: teaching them to observe all things whatsoever I have commanded you: and, lo, I am with you alway, even unto the end of the world.” {Ellen White, HM, July 1, 1897 par. 16}

Reconciling Baptizing in the Name of Jesus

The clear command of Jesus is to baptize this way.  But, if that is so, then why do we see so many instances in the New Testament where people were baptized “in Jesus’ name”?

If it were a formula why are there 3 different variations?

The reason they were baptizing “in the name of Jesus” is not because it was a formula, but because the phrase, “in the name of” means ” means in the authority of Christ.  And notice, none of these verses are describing an actual account of someone in the water being being baptized. In other words, these verses are not quoting that which was spoken when the person was being submerged under water.

Turn with me to Acts 4:7-10, and you will see a confirmation of what is meant by the phrase “in the name of Jesus”.

“7 And when they had set them in the midst, they asked, By what power, or by what name, have ye done this? 8 Then Peter, filled with the Holy Ghost, said unto them, Ye rulers of the people, and elders of Israel, 9 If we this day be examined of the good deed done to the impotent man, by what means he is made whole; 10 Be it known unto you all, and to all the people of Israel, that by the name of Jesus Christ of Nazareth, whom ye crucified, whom God raised from the dead, even by him doth this man stand here before you whole.” Acts 4:7-10

The Jews asked “by what power, or in what name, have you done this?”  Peter answers and says that it was in the name of Jesus that they had healed.  In other words, “in the name of Jesus” means that it is by the power and authority found in Christ.  We can find a confirmation of this in other verses in the New Testament.

SOP on How the Disciples Baptized

On his arrival at Ephesus, Paul found twelve brethren, who, like Apollos, had been disciples of John the Baptist, and like him had gained an imperfect knowledge of the life and mission of Christ… When asked by Paul if they had received the Holy Ghost, they answered, “We have not so much as heard whether there be any Holy Ghost.” Paul inquired, “Unto what then were ye baptized?” and they said, “Unto John’s baptism.” The apostle then proceeded to set before them the great truths which are the foundation of the Christian’s hope. {3SP 416.3}

He told them of the life of Christ on earth, and of his cruel and shameful death. He told them how the Lord of life had broken the barriers of the tomb, and risen triumphant over death. He repeated the Saviour’s commission to his disciples: “All power is given unto me in Heaven and in earth. Go ye, therefore, and teach all nations, baptizing them in the name of the Father, and of the Son, and of the Holy Ghost.” {3SP 416.4}

They were then baptized “in the name of Jesus;” and as Paul laid his hands upon them, they received also the baptism of the Holy Spirit, by which they were enabled to speak the languages of other nations and to prophesy. Thus these men were qualified to act as missionaries in the important field of Ephesus and its vicinity, and also from this center to spread the gospel of Christ in Asia Minor. {3SP 417.1}

The prejudice of the Jews was aroused because the disciples of Jesus did not use the exact words of John in the rite of baptism. John baptized unto repentance, but the disciples of Jesus, on profession of the faith, baptized in the name of the Father, Son, and Holy Spirit. The teachings of John were in perfect harmony with those of Jesus, yet his disciples became jealous for fear his influence was diminishing. A dispute arose between them and the disciples of Jesus in regard to the form of words proper to use at baptism, and finally as to the right of the latter to baptize at all. {2SP 136.3}

The Pioneers on Baptism

“This high commission relates to the gospel, to faith, to baptism, to salvation, and to spiritual gifts. The gospel was to be preached as long as there were sinners to hear it. Faith is equally requisite throughout the Christian age. Baptism is a perpetual ordinance in the church, and the ministers of the nineteenth century baptize “in the name of the Father, and of the Son, and of the Holy Ghost,” because the original commission requires it. The terms of salvation stated in this commission were to be held out as long as sinners might be saved.”  {JW, PSG 2.3, 1870}

We are baptized in the name of the Father, Son and Holy Ghost. Matt.28:19. By this we express our belief in the existence of the one true God, the mediation of his Son, and the influence of the Holy Spirit.” {1858 UrS, BSA 21.7}

“Because it is said in Acts 2:38; 8:16, and 19:5, that they were baptized in the name of Jesus, some have inferred that the apostles baptized in the name of Christ only. But this conclusion is very lame. To discover the fallacy of this idea, it will only be necessary to examine the terms of the commission under which they acted. 1. The Saviour told them to teach all nations, and to baptize them in the name of the Father, and of the Son, and of the Holy Ghost. 2. He commanded them to tarry at Jerusalem until they were endued with power from on high. They were neither to preach nor to baptize until the Holy Ghost came upon them.

Why does it matter?

Baptism is a most solemn renunciation of the world. Those who are baptized in the threefold name of the Father, the Son, and the Holy Spirit, at the very entrance of their Christian life declare publicly that they have forsaken the service of Satan and have become members of the royal family, children of the heavenly King. They have obeyed the command: “Come out from among them, and be ye separate, … and touch not the unclean thing.” And to them is fulfilled the promise: “I will receive you, and will be a Father unto you, and ye shall be My sons and daughters, saith the Lord Almighty.” 2 Corinthians 6:17, 18. {6T 91.3}

The Lord wants every one of us to educate himself for God. At baptism, in the name of the Father, and of the Son, and of the Holy Ghost we were set apart to engage in the very work that Christ came to the world to do. {RH January 7, 1902, Art. B, par. 3}

The disciples were to carry their work forward in Christ’s name. Their every word and act was to fasten attention on His name, as possessing that vital power by which sinners may be saved. Their faith was to center in Him who is the source of mercy and power. In His name they were to present their petitions to the Father, and they would receive answer. They were to baptize in the name of the Father, the Son, and the Holy Spirit. Christ’s name was to be their watchword, their badge of distinction, their bond of union, the authority for their course of action, and the source of their success. Nothing was to be recognized in His kingdom that did not bear His name and superscription. {AA 28.2}

My appeal to you is that you will accept the commission of Christ and you will indeed teach all nations the things which Christ has commanded us, so that others can come to an understanding of the kingdom of God and through proper baptism take their entrance into the church of God.