Oregano, Your Go To Herb 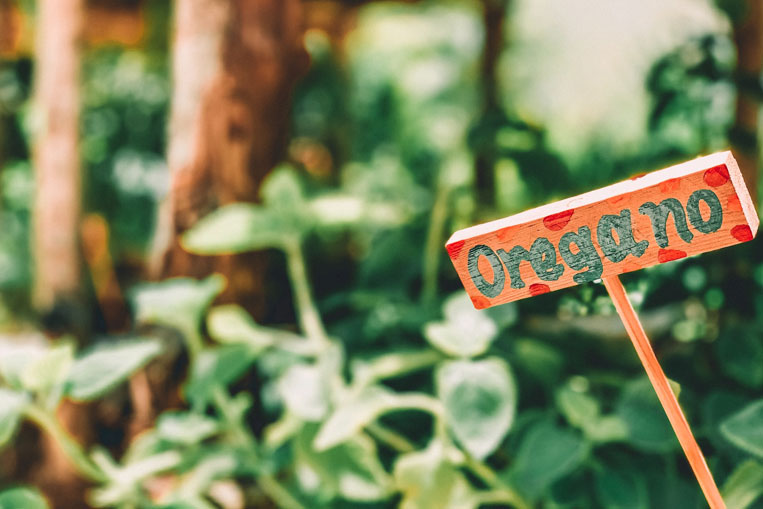 For years my father in law, Pop, was the butt of many a family chuckle.  Anytime someone had a problem, his answer was oregano oil, and he practiced what he preached, so much so that one of our fondest memories of him is that he walked around smelling like spaghetti sauce all of the time.

Sadly, I didn’t take this remedy too seriously until recently.  I had been around so many sick children at work and my own sick daughter at home. I felt I was just starting to come down with something.  My throat was slightly sore and I was getting mucous build up and feeling very tired.  I didn’t have time to be sick.  We’d already been inundated with sick calls at work so I bit the bullet and started taking 2-3 drops of oregano oil morning and night and, true to Pop and Nan’s word, I never got sick!

Let me tell you though, that is strong stuff!  It reminds me of my grandfather’s expression when eating something strong or spicy, “That’ll put hair on your chest!,” something in the back of my mind I’d hoped to avoid. Setting all fears aside, down the hatch it went, and it did burn for a few seconds, then went away leaving me with the pleasant taste and aroma of oregano.

Whether you have a big property or a little balcony, it’s a good idea to plant some oregano and here’s why.  It’s super easy to grow, does well in droughts and even in frost and comes back on it’s own every year.  It tasted delicious and smells amazing in cooking and last but definitely not least, it has powerful properties that make it an antibiotic, an antifungal, digestive agent, cough suppressant and soother of sore throats.

As an antibiotic, a study on mice has proven it to be almost as effective in treating staph aureus as pharmaceutical antibiotics.  This particular bacteria is on of the most common causes of infection.  As an essential oil, research has shown it effective against bacteria that commonly cause bladder and respiratory tract infections.  The key ingredient that makes it a powerful antibiotic is a phenol called carvacrol. And herein lies the difference with using plants as antibiotics rather than pharmaceuticals. You treat your infection without the harmful side effects, such as diarrhea and yeast infections that result when pharmaceutical antibiotics wipe out the healthy bacteria with the unhealthy.

Yeast, a type of fungus which, when overgrown in the human body, can cause gut problems and infections is very treatable with oregano essential oil, mainly due to it’s natural antifungal called thymol. https://www.medicalnewstoday.com/articles/324203.   An older study on mice and rats has shown that oregano oil is also a very effective pain killer, comparable to the effectiveness of opiods.

Well oregano packs more of a punch when taken as an oil, you can still get antioxidants and even your daily dose of vitamin K just by eating the leaves of the plant.

At the beginning of this article, I had mentioned that taking oregano oil morning and not helped me to chase off a virus.  Many people, such as my in laws, have testified that oregano oil really does have an anti-viral effect. In test tubes, the carvacrol found in oregano deactivated Norovirus( a virus which cause many gastric symptoms) within one hour.

Also, Herpes Simplex virus, when placed in a test tube with thymol and carvacrol from oregano, became 90% deactivated within an hour.

Just a word of caution though, oregano oil is NOT the same as oregano essential oil. The latter is much more potent and so should not be taken internally but can be inhaled or applied topically.

Oregano is a powerful plant that you may want to make your “go to” herb.  Whether you buy the oil or make it yourself, keep it in your bathroom cabinet for anything from sore throats to fungal problems.