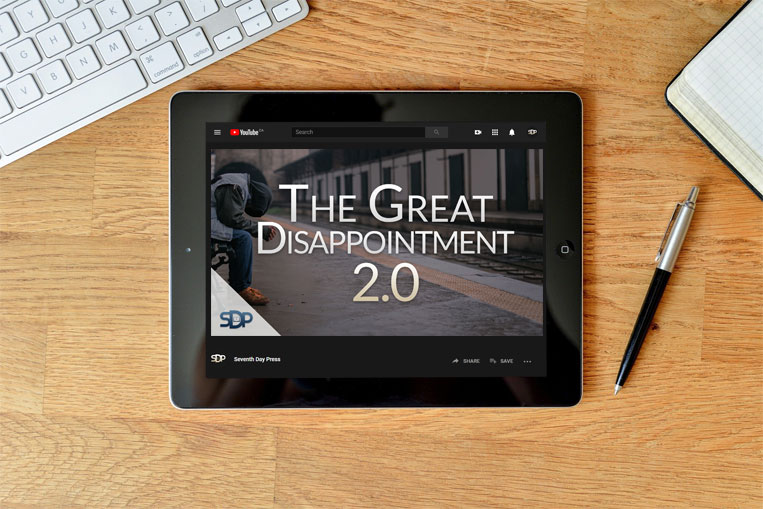 What did the early Adventist have to face in the years after the great disappointment? In this presentation we take a look at what God’s last true church had to go through and the different movements that were formed after 1844 in order to understand why there has again been so much confusion in these last days.

Revelation 14:6-10  And I saw another angel fly in the midst of heaven, having the everlasting gospel to preach unto them that dwell on the earth, and to every nation, and kindred, and tongue, and people,  (7)  Saying with a loud voice, Fear God, and give glory to him; for the hour of his judgment is come: and worship him that made heaven, and earth, and the sea, and the fountains of waters.  (8)  And there followed another angel, saying, Babylon is fallen, is fallen, that great city, because she made all nations drink of the wine of the wrath of her fornication.  (9)  And the third angel followed them, saying with a loud voice, If any man worship the beast and his image, and receive his mark in his forehead, or in his hand,  (10)  The same shall drink of the wine of the wrath of God, which is poured out without mixture into the cup of his indignation; and he shall be tormented with fire and brimstone in the presence of the holy angels, and in the presence of the Lamb:

Seventh-day Adventists have in a great degree lost sight of certain aspects of these messages and the Lord is bringing our attention back to them.

What do the three angels’ messages deal with?

Who had a complete understanding of these messages?

In 1833 to 1844 there was a movement that the Bible clearly prophesied. This movement known as the Millerite movement was giving the first angel’s message.

Did the Millerite movement have a complete understanding of the three angels’ messages? No, they did not.

Many who embraced the third message had not had an experience in the two former messages. Satan understood this, and his evil eye was upon them to overthrow them; but the third angel was pointing them to the most holy place, and those who had had an experience in the past messages were pointing them the way to the heavenly sanctuary. Many saw the perfect chain of truth in the angels’ messages, and gladly received them in their order, and followed Jesus by faith into the heavenly sanctuary. These messages were represented to me as an anchor to the people of God. Those who understand and receive them will be kept from being swept away by the many delusions of Satan.

A proper understanding of the three angels’ messages will keep us safe.

In these last days it is our duty to ascertain the full meaning of the first, second, and third angels’ messages. All our transactions should be in accordance with the Word of God. The first, second, and third angels’ messages are all united, and are revealed in the 14th chapter of Revelation, from the sixth verse to the close. The whole gospel is to be proclaimed throughout the world.

If there is something in my faith that I have embraced that is not aligned with the word of God then I am taking my feet off of solid ground.

Why the great disappointment 2.0? The reason is because those who are supposed to be giving the first, second and third angels’ message have lost sight of them. The Seventh-day Adventist church has changed the faith that was given to the Seventh-day Adventist people. The church has completely ignored the God of the first angel’s message and is no longer worshipping that God or honoring Him as the first angel’s message has called us to do. The great disappointment 2.0 does not end just here.

What took place after the great disappointment of 1844 and what came as a result of it?

After the great disappointment in 1844, Satan and his angels were busily engaged in laying snares to unsettle the faith of the body. He affected the minds of persons who had had an experience in the messages, and who had an appearance of humility. Some pointed to the future for the fulfillment of the first and second messages, while others pointed far back into the past, declaring that they had been there fulfilled. These were gaining an influence over the minds of the inexperienced and unsettling their faith.

Some were searching the Bible to build up a faith of their own, independent of the body. Satan exulted in all this; for he knew that those who broke loose from the anchor he could affect by different errors and drive about with divers winds of doctrine. Many who had led in the first and second messages now denied them, and there was division and confusion throughout the body.

The reason for the division and confusion is the false winds of doctrine that are being brought in.

Then Jesus said unto them, Take heed and beware of the leaven of the Pharisees and of the Sadducees.

Then understood they how that he bade them not beware of the leaven of bread, but of the doctrine of the Pharisees and of the Sadducees.

The great disappointment came as a result of the preaching of the first angel’s message.

But if I tarry long, that thou mayest know how thou oughtest to behave thyself in the house of God, which is the church of the living God, the pillar and ground of the truth.