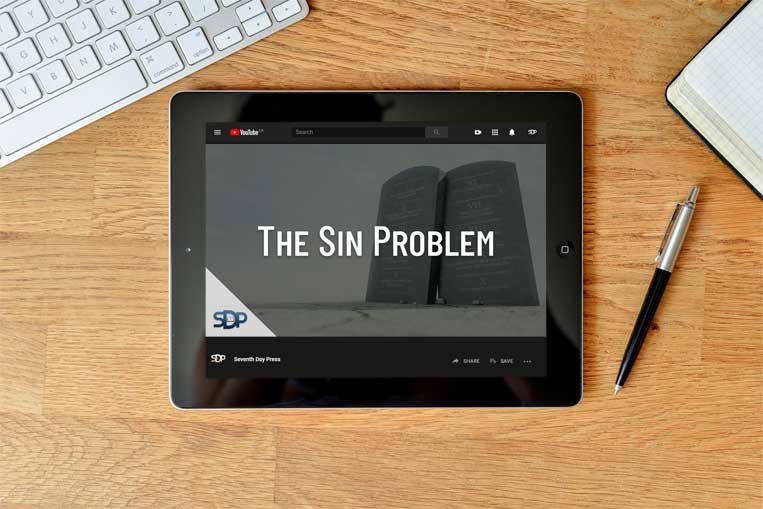 1 John 3:4 “Whosoever committeth sin transgresseth also the law:for sin is the transgression of the law”

Matthew 5:28 “But I say unto you, That whosoever looketh on a woman to lust after her hath committed adultery with her already in his heart.”

James 4:17 “Therefore to him that knoweth to do good, and doeth it not, to him it is sin”

James 2:18 “Yea, a man may say, Thou hast faith, and I have works:shew me thy faith without thy works, and I will shew thee my faith by my works”

Are We Born Sinners?

Romans 8:6-7 “For to be carnally minded is death; but to be spiritually minded is life and peace. Because the carnal mind is enmity against God: for it is not subject to the law of God, neither indeed can be.”

How Was Jesus Born?

The Son of God was assaulted at every step by the powers of darkness. After His baptism He was driven of the Spirit into the wilderness, and suffered temptation for forty days. Letters have been coming in to me, affirming that Christ could not have had the same nature as man, for if He had, He would have fallen under similar temptations. If He did not have man’s nature, He could not be our example. If He was not a partaker of our nature, He could not have been tempted as man has been. If it were not possible for Him to yield to temptation, He could not be our helper. It was a solemn reality that Christ came to fight the battles as man, in man’s behalf. His temptation and victory tell us that humanity must copy the Pattern; man must become a partaker of the divine nature. {RH February 18, 1890, par. 6}

In Christ, divinity and humanity were combined. Divinity was not degraded to humanity; divinity held its place, but humanity, by being united to divinity, withstood the fiercest test of temptation in the wilderness. The prince of this world came to Christ after His long fast, when He was an hungered, and suggested to Him to command the stones to become bread. But the plan of God, devised for the salvation of man, provided that Christ should know hunger, and poverty, and every phase of man’s experience. He withstood the temptation, through the power that man may command. He laid hold on the throne of God, and there is not a man or woman who may not have access to the same help through faith in God. Man may become a partaker of the divine nature; not a soul lives who may not summon the aid of Heaven in temptation and trial. Christ came to reveal the source of His power, that man might never rely on his unaided human capabilities. {RH February 18, 1890, par. 7}

Those who would overcome must put to the tax every power of their being. They must agonize on their knees before God for divine power. Christ came to be our example, and to make known to us that we may be partakers of the divine nature. How?—By having escaped the corruptions that are in the world through lust. Satan did not gain the victory over Christ. He did not put his foot upon the soul of the Redeemer. He did not touch the head though he bruised the heel. Christ, by His own example, made it evident that man may stand in integrity. Men may have a power to resist evil—a power that neither earth, nor death, nor hell can master; a power that will place them where they may overcome as Christ overcame. Divinity and humanity may be combined in them {RH February 18, 1890, par. 8}

Unless there is a possibility of yielding, temptation is no temptation. Temptation is resisted when man is powerfully influenced to do a wrong action and, knowing that he can do it, resists, by faith, with a firm hold upon divine power. This was the ordeal through which Christ passed. He could not have been tempted in all points as man is tempted, had there been no possibility of His failing. He was a free agent, placed on probation, as was Adam, and as is every man. In His closing hours, while hanging upon the cross, He experienced to the fullest extent what man must experience when striving against sin. He realized how bad a man may become by yielding to sin. He realized the terrible consequences of the transgression of God’s law; for the iniquity of the whole world was upon Him {YI July 20, 1899, par. 10}